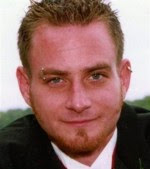 On Monday morning, Phillip John Brodnick sent his family an instant message to reassure them, as he did regularly, that he was okay.

"I gotta run," wrote the Army soldier stationed in Iraq.

Brodnick's mother, Marian Stockhausen of Warrenville, looked for another message Monday night. Nothing.

She looked again Tuesday morning. Nothing.

On Tuesday night, Stockhausen heard that a Black Hawk helicopter had been downed in northern Iraq. Fourteen soldiers were killed.

"It played on my mind," she said. The next morning, when Stockhausen still hadn't heard from her son, she sent him an instant message: "I'm concerned," she wrote.

When Stockhausen saw military personnel at her door hours later, she knew what had happened.

Her family had lost a fun-loving 25-year-old who was a proud soldier and devoted brother and son.

Phillip Brodnick was born July 6, 1982 - the birthday of his grandfather, who also served in the military.

Brodnick went to St. Albert the Great School in Burbank through second grade. The family moved to Frankfort when he was 8. Brodnick attended Frankfort Junior High, where he played the trumpet. At Lincoln-Way East High School, he competed on the wrestling team. Along the way, Brodnick took turns playing soccer, baseball and the drums.

He grew up sandwiched between women: his younger sister, Lisa, now a 20-year-old Warrenville resident, and his older sister, now Kimber Larson, 27, of Braidwood.

"He was trained well," Larson said. "His girlfriends had it made."

As Brodnick approached graduation, he told his mother that he wanted to enlist, like both of his grandfathers and great-uncles. Stockhausen wanted Brodnick to go to college, but she supported his goals.

"I think he didn't know what to do with his life," Stockhausen said. "He never wanted to put stresses on anyone financially."

After graduating in 2000, Brodnick went into the Army and was sent to Kosovo for two years. In 2002, when he was discharged, Brodnick moved into a downtown Chicago apartment, did odd jobs and applied to be a police officer like his father, James Brodnick, who is on the Burbank force.

"I begged him not to go," Stockhausen said. But, "he knew the Army needed men. So he went back."

Brodnick was based in Schofield Barracks in Hawaii. In August 2006, he was sent to Kirkuk, where he trained Iraqi soldiers. Brodnick was supposed to return home in July 2007, but his stay was extended to October.

"He accepted it," Stockhausen said.

On his birthday, because she couldn't send him anything he couldn't eventually carry, Stockhausen sent her son "silly things he would laugh at" - toy robots, multi-colored fans, candy, magazines, and pictures of Marilyn Monroe.

Brodnick had just completed a mission when he boarded the Black Hawk with fellow soldiers in the middle of the night Wednesday, Iraqi time.

He died with numerous medals to his name. After his death, he was promoted a corporal.

Toward the end of his life, Brodnick talked more and more about spending time with his family - which now included a half sister and four step-brothers. One of them, Jimmy Stockhausen, is in the Navy.

Brodnick made plans for vacations and said he wanted to be stationed in Illinois. He set a date to go to church with his mother and called often to check on his dog, Dozer.

On the day his mother learned of his death, a package arrived from Brodnick while family were gathering at Stockhausen's home to grieve.

Stockhausen saw it as a sign - like the other check-in calls and instant messages - telling her that Brodnick was okay, and with God.

"He did do a wonderful job, and he was coming home," Stockhausen said. "I'm proud of my son."